Famous in the Last Century

Famous in the last century is the title of a rather poor Status Quo album (who I am listening to as I write this blog) but it suddenly occurred to me that hearing that the Bay City Rollers have reformed and were playing Hogmanay in Scotland frightened me. Actually, I did have a soft spot for them way back in the 70s. I was more of a Slade and Sweet fan myself until I discovered Deep Purple. Anyway, just before Christmas, Mike Levett from Harlow Council contacted me about their bandstand which is being done up in the Town Park. It does feature on the website. He gave me a great list of bands that have appeared on their more modern bandstand over the years and its reading was incredible and is almost a who's who of some of rocks greatest:- Atomic Rooster, Pink Fairies, Chicken Shack, Mungo Jerry, 10CC, Fairport Convention, Groundhogs, Bay City Rollers, Hawkwind, Rubettes, Thin Lizzy, Long John Baldry, Man, Mud, Osibisa, The Glitter Band, Caravan, Eddie and the Hot Rods, Ruby Turner, Curiosity Killed the Cat, and the Pogues. The one that really caught the eye was June 25 1977, as they cancelled, was AC/DC, one of the biggest bands in the world today.

Many great bands have played on bandstands elsewhere. Bowie in 1969 on the Beckenham Rec Bandstand in Bromley, Dire Straits on Clapham Common, and the mighty Pink Floyd and The Who have played at Parliament Hill bandstand. I would love to source images of these so thats a project in itself - a few I have are below. What does this tell us? Bandstands are as relevant as they ever were. They can accommodate a small duo, to the biggest rock band in the world. Whether I will realise my ambition of getting Led Zeppelin on Leighton Buzzard's bandstand remains to be seen. 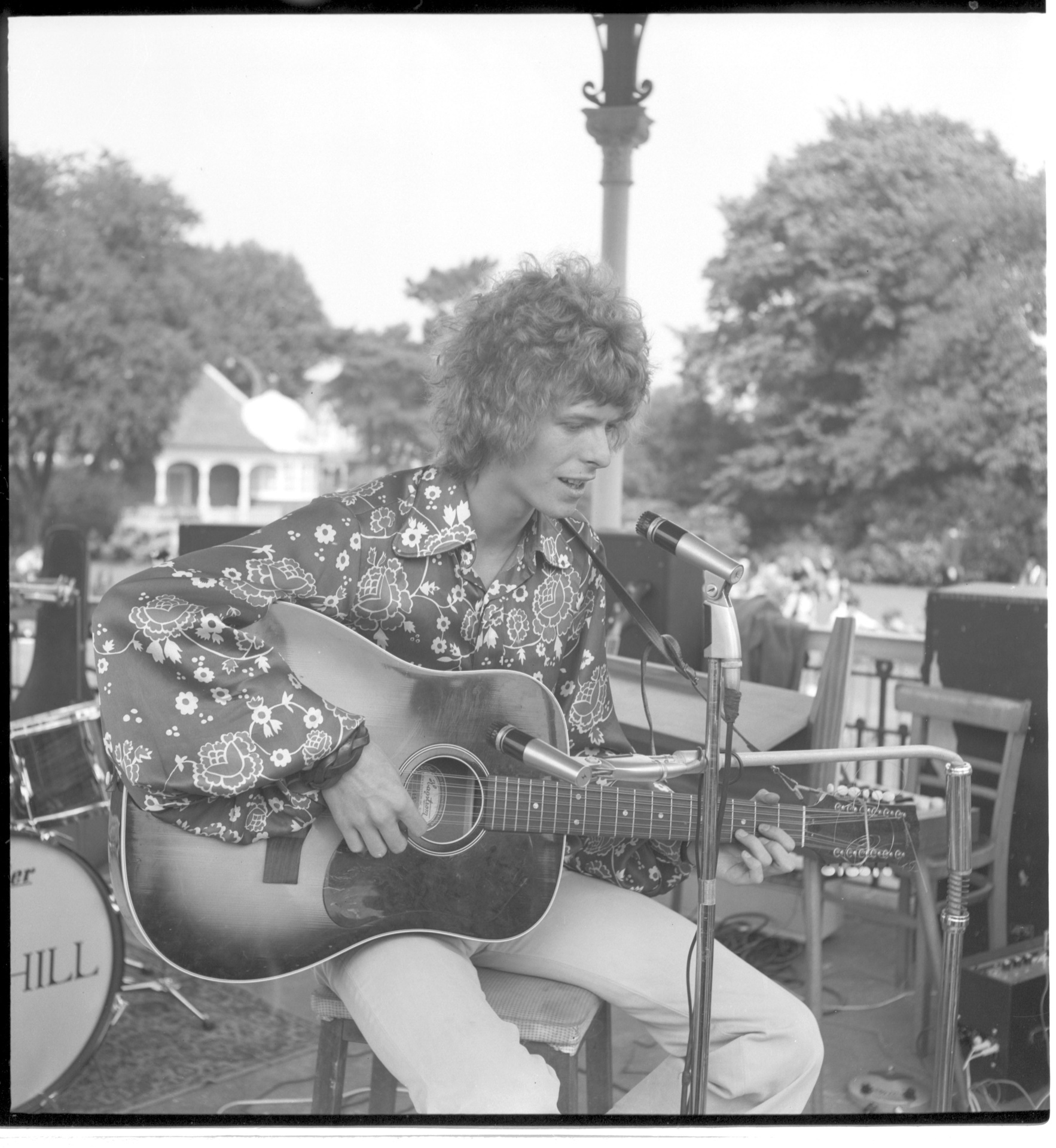